Spectator’s CEO and Managing Director Frans Hermes has a background in applied scientific research as a PhD biochemist / microbiologist in the chemical industry (DSM Research) and at a university hospital (AZM / MUMC). Even then, Frans saw the opportunities for vidéo communication technology to provide remote care services. Spectator Video Technology was founded in 2003 in the Netherlands. An IT company, specialized in the development of control & services centers with various applications in Security, Healthcare, and Communication.

In 2004 the company launched its first Video Tele-consultation Cam Care project over ISDN. Remote Care was provided with video communication via TV for more than 700 Elderly persons at Sensire Home Care in the Netherlands. In 2008 the PAL4 video portal project provided a Video Tele-consultation solution over IP via a touch screen PC for more than 10.000 Elderly from 15 home care organisations in the Netherlands. The menu-based portal for the Elderly included multimedia content, live and recorded video and video conference with family and friends. 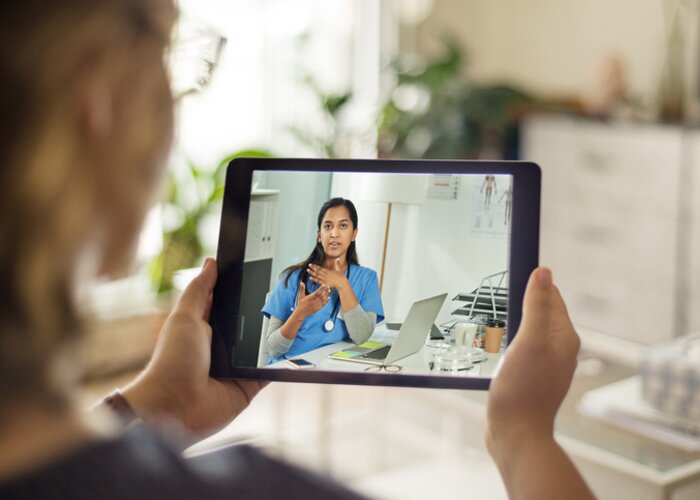 In the meanwhile, the Spectator Communication Platform (SCP) was used in multiple Security projects in amongst others the Middle East region. Over the years, the company launched multiple projects on the worldwide Healthcare market and further developed the platform and BiDiApp to a Multi-disciplinary and interoperable Telehealth solution under a new branche name Spectator Healthcare Technology.

Spectator now has partners and projects in 4 continents, with also subsidiaries in Latin America (Brazil and Colombia). Not only on behalf of Spectator, but also as chairman for the Latin America region active at Task Force Health Care (TFHC), the Dutch platform for the Life Science & Health (LSH) sector. Since 2016 Spectator is involved in various incoming and outgoing LSH missions organized by TFHC and RvO.

We use Cookies
We use cookies to ensure that we give you the best experience on our website. These cookies are all anonymized and functional, therefore we do not need to ask for your consent, but do want to inform you. None of the data entered in our contact form is saved on our website and at our office we will handle you e-mail according to the GDPR regulations. Privacy policy